Something to do at all times of the year. The visitor has many choices in each season. The natural beauty of the surroundings will surprise you time and again. 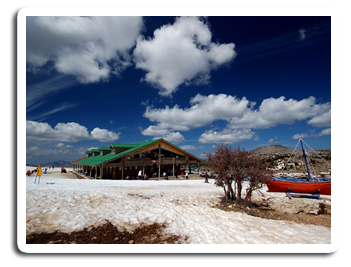 Kalavrita winter sports center is located on the North face of Mount Helmos at Xerocambos and is 15 km from Kalavrita. It started in 1988 and has 12 runs with a total length of 20 km and 7 lifts able to handle 5000 people per hour.

The runs cover the needs of all skiers as they range from beginers’ slopes to the most difficult Black runs.

At 1850 meters there are a cafeteria, a restaurant, a ski shop and a medical facility. 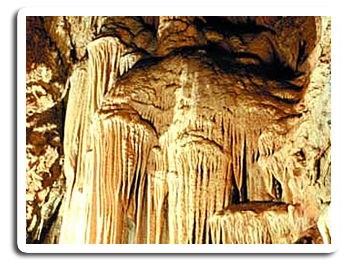 Near the village of Kastria (16 kilometers from Kalavrita) you will find a unique natural phenomenon with convoluted pathways, galleries and impressive formations of stalagmites and stalactites. On top of these, "Lakes Cave" is housing lakes in three different levels, making it one of a kind globally. 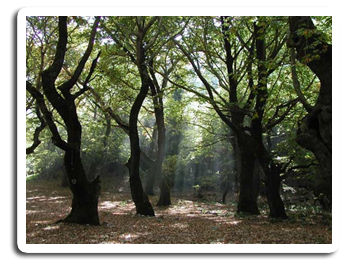 The source of the Aroanios river lies in a forest of plane trees close to the village of Planitero. It comprises waters from the Feneou basin which rise from sink holes joined by streams in the Langada and Haliki valleys and they flow Southward for some 10 km until they join the Ladon river.

A visitor can enjoy the beauty of the plane trees and the food in the taverns of the village .

Fish farms in the area breed perch and salmon. 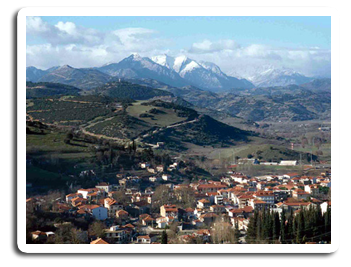 Kalavrita’s name means “good waters” and in fact the mountain town built at 750 meters is blessed with plenty of running water. I t is located in Achaia at the foot of Mount Helmos and is 30 km away from Hotel Theasi. 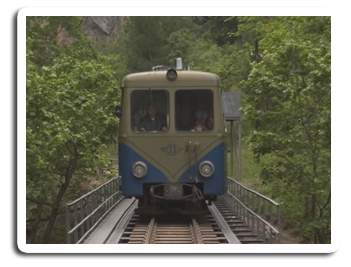 The rack railway runs from Diakopto to Kalavrita up through the gorge of the Vouraiko river. On a magical 23 km. Route it passes through caves, underneath rocks and through thriving vegetation giving the visitor a chance to see the exceptional beauties of the mountain areas of Achaia.

The steep slopes of the line preclude passage of a regular train and a toothed rack between the rails is engaged by a special mechanism and this allows it to climb from level up to Kalavrita station at an altitude of 750 meters..

It has been called the most spectaculal railroad of the Balkans and its construction was undertaken by a French company under the Harilaos Tricoupis Government as part of the overall plan for railroads in Greece. It was completed in 1895 and its first engines were steam powered.

The Diakopto station of the rack railway is about 4 km away from Hotel Theasi.

Aegion, on the western shores of the Gulf of Corinth is the capital of Aegialia province and the second largest city of Achaia.

It is a city rich in history and was the seat of the Achaian League. In the 14st century AD it had a noteworthy harbor involved with the export of currants and citrus. Excavations have revealed remains from the Mycenean and Classical periods.

Today Aegieon is a lively city with considerable commercial activity and opportunities for both modern and traditional entertainment. The Eliki Flower Festival takes place the last Sunday of June and the first Sunday of July and closes with a procession of flowered floats.

Noteworthy sights are the Cathedral the work of Schiller, the market, the Adoration of the Virgin of Tripiti which gathers crowds of the faithful each year and the Women’s Monastry of Pepeleni on the slopes of Mount Panachaikon. One of the most beloved destinations, not only of people from Aegion, is the holy Monastry of Taxarhon built at a flowered site in Selinounda in 1620 which has many relics. If one visits the monastry one should not miss trying the preserve made of rose petals.

The weather today. For a longer forecast click here.